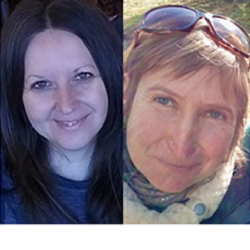 Raising the Public Involvement Standards in the RDS: A Tale of One RDS Hub

Reflections on the changes to improve patient and public involvement within the RDS and how our public contributors were part of that process. The subsequent benefits have been both organisational and personal.

Starting the change
After starting with the RDS South East (RDS SE) patient and public involvement (PPI) team in October 2017 I must admit it took me some time to become familiar with the various aspects of our PPI processes. As I reflected on the UK Public Involvement Standards (2019), which provide a benchmark for best practice, I realised that although we were advising researchers well, we were not always following them ourselves. So slowly I started to change things…

Embed early
My focus was initially on the Public Involvement Fund (PIF), which is available for researchers to involve the public in the development of research proposals. I was frustrated that our public contributor's involvement ended with sending feedback to me through a PPI coordinator. Once the public contributors and I were put in direct contact, I began collating the reviews, sharing them and agreeing on the final feedback given to the applicants. Any responses from the applicants also began to be passed back to the lay members for further comment. Working together in this way has been amazing, the public contributors are the key in this process, and it has shown them their value. They have been more engaged, asking questions and giving more detailed feedback. Just as we would advise for research projects, it is about embedding PPI. Our public contributors are now involved from the earliest stage, in the whole process.

Build on success
It was a natural next step for me to invite our public contributors to join our monthly PPI team meetings. What a transformation. One year on, for public contributors this has led to greater understanding of the PPI team and the RDS, as well as having the chance to get involved in other opportunities. This has included developing PIF materials and public contributor buddying. For RDS staff, we are having quicker and easier discussions, making sure public contributors are heard and involved in decision-making. Informal chats gave me the realisation that’s it’s not all about agreeing with each other but about having the conversations and finding good ways to make final decisions. We have an active national RDS Public Involvement Community (PI-C) where this experience has been shared with colleagues and been incorporated into national PIF harmonisation guidance that came out a few months ago.

Expanded opportunities
I have always enjoyed my work as a public contributor for the RDS SE. However, changes over the last couple of years have led to my feeling much more embedded within the PPI team as a result of participating more fully, such as: reviewing the PIF; attending regional forums; chairing meetings; co-presenting; making podcasts and writing this blog!

Seeing the whole picture
It was a major change to be involved in shaping the new PIF processes and commenting on letters to researchers’ and their responses. More recently this has included project updates. Often as a public contributor I’m not informed about end results, so it’s great to see the full picture. The benefits/impact of the PIF innovations have been numerous, and include:

Working together
The PIF changes necessitated direct contact with the research advisers, and last year I was invited to join the PPI team’s monthly meetings. Working together with staff and other public contributors has led to better understanding of the RDS overall, increased competency, and empowered me to be more direct, honest and forthcoming in my responses (in reviews and at meetings).

I know that Julie H isn’t big on the term co-production, but that’s fine by me because it’s not the linguistic term that matters, it’s the value base that underpins it. To me she just naturally embodies co-production principles. Even in terms of co-writing this blog – I wasn’t confident about my writing skills, but she gently encouraged me to step out of my comfort zone, and genuinely co-create this piece.

Co-production involves power sharing, which can be challenging. But there is a genuine desire from all the RDS-SE team to support public contributors to make use of their skills, as an asset that can benefit the whole team. It is now a very reciprocal process where my experience clearly brings something valuable, and in return I learn about fascinating research ideas, increase my skillset, feel appreciated, respected and heard. For someone with enduring health issues this is very precious, and I can see these changes to public involvement are having a really positive impact not just on me but also to the service as a whole. This is echoed by a quote from another public contributor:

“ In the last couple of years, the PPI team has gone through a total transformation resulting in improving reviewing through shared learning. We are now involved at every step and the new processes have given me confidence that my input is respected, heard, and valued. There are more opportunities to take on other responsibilities and be part of the decision-making, which I have personally found to be very rewarding. I feel more accomplished as a PPI member.” Anwar

Public contributors play a key role with all of the regional RDS teams in helping us to shape the advice and support we give to health and social care researchers on embedding meaningful public involvement in their work. If you want to find out more about the public contributor roles please get in touch with your local RDS