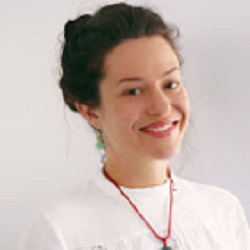 Demystifying research is often considered one of numerous positive ripple effects of public involvement, promoting transparency, accountability and a greater understanding of research. Two years of running the successful Young Adults Patient and Public Involvement group (YAPPI) has shown me that demystification can go both ways, as we in the research community have a lot to learn about our assumptions concerning the role that young people can play in research.

There are numerous preconceptions regarding the challenges of involving a wide range of underrepresented groups in public involvement. Young adults are no exception, and are not unfamiliar with being on the receiving end of negative social stereotyping. Often reduced to the superficial ‘instagram generation’, it can be all too easy to dismiss the active role of young people in society. Preconceptions also exist within the research community, with young people often being perceived as vulnerable or lacking knowledge, leading to an underestimation of their potential and to underrepresentation.

YAPPI, which is  jointly run by RDS-SC and CRF Southampton, was established in 2016 to help widen representation across young people aged 16-24. Young people with chronic conditions go through a transitional care period and move from child-centred to adult-centred health services. Additionally, this age range faces novel issues such as higher education, leaving home, starting careers, relationships or families. These challenges influence their clinical and social needs as well as their personal priorities. Their involvement is also therefore invaluable in delivering appropriate health research aimed at supporting a range of adults.

INVOLVE has a relevant webpage and guidance, which is a valuable resource for presenting some of the broad issues you might want to consider when setting up a PPI group for children or young people.

Setting up YAPPI was a steep learning curve. A key lesson that we learnt was that you just need to ask! YAPPI decide how the group is run, they decide when the meetings should be held and what format discussions with researchers should take. They decide what training they need and how we should keep up to-date between meetings. There is a strong sense of ownership from all members of YAPPI, and this has been fundamental to its success.

YAPPI’s autonomy is at the heart of the success of the group, but it also demonstrates the capacity and capability of the young people involved. Researchers are regularly surprised by the group’s confidence and ability to contribute meaningfully to complex and challenging ideas. The group has helped to challenge misconceptions that my research colleagues and I have held around involving young people in research. The strength of the feedback received from researchers about YAPPI’s involvement, along with their passion and their aptitude, has definitely demystified the role of young people in research.

Other RDS also have contact with young people's public involvement groups so don't forget to contact us to if you're thinking of doing research targetting this age group.