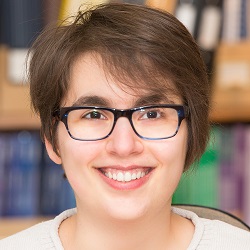 Another day, another tip for a social care (and beyond) research proposal

“Did you hear, did you hear?” a colleague whispered with a big smile on her face. “The social care call has been announced!” she said. The much-anticipated launch of a new NIHR’s RfPB social care call was closer than ever – 9th May 2018! There was no doubt that this call was music to social care researchers’ ears. Would there be many applications, what type of organisations were likely to apply? Nobody knew, but there was an important deadline: 4th July 2018, leaving less than a month for researchers to send their applications. During that time, the researchers had to form a team, think/refine a research question and write a proposal within the remit of the call.

There is no magic recipe for the perfect social care research proposal, but future applicants may appreciate the following tips amid the tight deadlines of the calls. In the NIHR RfPB call, the focus was on social care, therefore an emphasis on the benefits of the research to social care services, recipients and their carers would have been key. As the proposal is reviewed by members of the public, with expertise in the social care sector in this case, it was important to think about what these members would have wanted to see. So really, it needs to be research that addresses their priorities or that has received support from commissioners, providers, social care service users or their representatives. Thus, thinking about the impact of the proposed research would have also been key.

For such a call, but also more broadly, it is important that the researchers take the time to identify explicitly the aims of the research to be undertaken and to ensure that the methodology has been chosen to meet these aims. Equally, the researchers/applicants should have the right expertise for the proposed research. For instance, it may be that one of the aims is to examine whether a new social care intervention is value for money, which would imply having a health economist as a co-applicant. If a clinical trial is proposed, then a statistician with the relevant expertise should be a co-applicant. In a similar manner, if a team of health care researchers want to conduct research in social care settings then having a social care expert in the team is crucial.

The next tip is about the time allocation of researchers on the proposal; make sure it is realistic and that it is correctly reported in the application form. It is often helpful to think of it in terms of hours per week – for example, 1% would be equivalent to about half an hour per week, which is really an advisory rather than a major role!

Finally, but equally important, the plain English summary matters. There is guidance provided by INVOLVE and researchers should take the time to get it right, ensuring that it is accessible, avoiding the use of jargon and abbreviations. It's a good idea to consult the Plain English Lexicon, an extremely useful tool to help with plain English summaries. Asking a layperson to read it can prove to be more useful than you may think!

Feeling inspired? Enhance your chances of funding success by contacting RDS for advice when developing your research application!